Well you probably noticed that today is Wednesday. Today was our temple P-day! It was truly amazing! I love going to the temple because it is a beautiful reminder of the covenants we have made with the Lord. And as I learn more about the gospel it is the perfect place to ask questions. We had to get up at 5:30 for the 8am session. I don’t mean to diss on the Columbus Temple but the Los Angeles Temple is truly majestic. I sent a picture after the session of the South Bay Zone which is everybody that was there except our Zone Leaders who took the pictures. If you haven’t been to the temple to see the new revisions I definitely recommend it.

So much has happened since last Tuesday. I have my new companion Elder Manning from Smithville Utah. This is his third transfer, which means he just finished his 12 week training. Technically he is finishing my training, but I’m not going to count him as my “dad” in the mission. Also considering I was in a trio for two and a half weeks. My situation is also somewhat interesting. Elder Manning is considered the senior companion, and me the Junior. He came to my area though so he is at a slight disadvantage. … I thought it was interesting that the Lord would put two “greenies” together like this. … I am grateful for all of my teachers, leaders, and parents that have prepared me.  …

We also had stake conference. It was really amazing. The main message that I got was on the temple, families, and missionary work. President and Sister Weidman spoke, which was really cool. Since we are returning to my area after a couple weeks we were struggling to find people to teach. We have recently received a lot of messages on bring back less actives. The ward we are in is split in two areas. Most of the members are in the other area. The ones that are in ours are mostly less active. So instead of tracting which I kind of enjoy we have decided to focus on less actives. As we have done that we also have found investigators. One of them is a Jehovah Witness and it is interesting teaching him. He is very knowledgeable about the Bible but we trying to get him to read the Book of Mormon. Also he wouldn’t let us pray with him. Interesting religion.

Good to hear you guys are staying busy 😉 I’m sure this food drive is a worthy cause, but don’t stress too much. That’s really cool Brother Stockoff is Young Men’s president. I’m sure that he will do a good job preparing everybody back home on for a mission! I’m jealous that you guys now have a pretty nice car lol. I don’t know if you guys could tell but I activated my USAA debit card and talked about the car insurance thing. I’m still on your policy but as a nondriver. I agree that I should leave the yellow watch at home. It was just a pride thing. I will probably buy a Spanish dictionary out here and our apartments have very large dictionaries from the 70’s, so I should be fine. The rear tire on my bike broke, so I’ll probably pay around $50 dollars to get it fixed.

I have concern for … less-actives I have seen … The world is gathering into light and dark; we need them to receive all the light they can.

Love you guys and thank you for all your help,

ps can you email me the oatmeal pancake recipe, please? 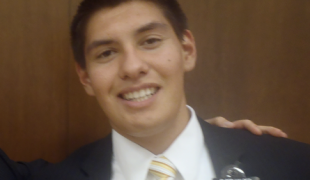 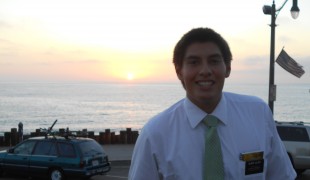